I am currently a copy editor at a software company called Esri. Before this, I was the copy editor at Christianity Today magazine in Carol Stream, Illinois, outside Chicago. Before coming to CT, I was the managing editor of MORF Magazine and marketing editor for Student Life, a division of LifeWay Students, in Birmingham, Alabama.

I earned my Bachelor of Arts from Baylor University with a news-editorial journalism major and music minor. I was active in the journalism department as president of the Society of Professional Journalists and editor of Focus Magazine, a Baylor student publication that sought to unite the Waco nonprofit community. I also served as the arts and entertainment editor of The Baylor Lariat, named the best student newspaper in Texas by the Houston Press Club and the Associated Press Managing Editors of Texas.

I am originally from Clovis, New Mexico, but I have traveled throughout the U.S. and western Europe including spending summer 2009 studying abroad at the University of Oxford in Oxford, England, and summer 2010 earning a certificate in journalism ethics and social media management at the George Washington University in Washington, D.C. 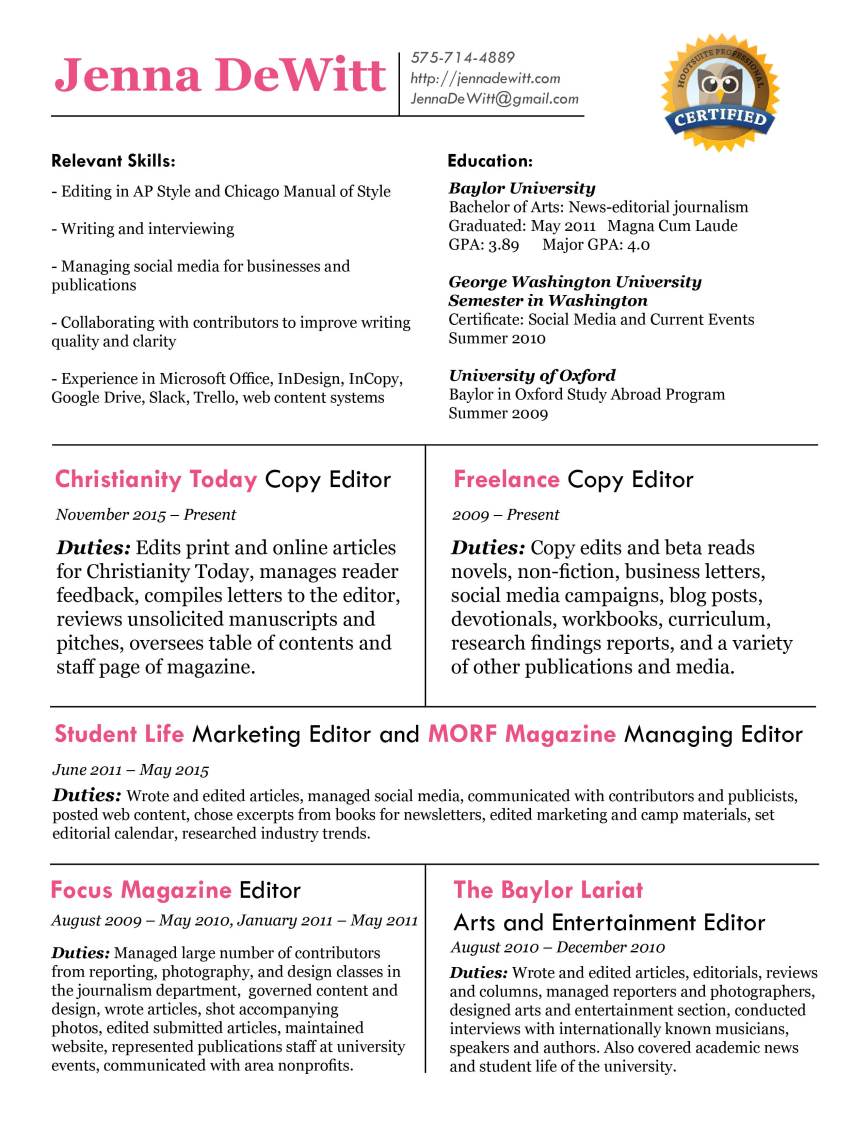